If you don’t live on the West Coast, perhaps it’s hard to appreciate just how poorly approving an oil pipeline at the expense of an endangered population of killer whales might play out.

To give it an Eastern perspective, it’s a bit like saying Bonhomme might have to die to make way for a new museum dedicated to Stephen Harper’s legacy.

In approving Kinder Morgan’s Trans Mountain pipeline expansion this week, the National Energy Board said it weighed the benefits of the project against its burdens.

Among the “adverse effects” deemed to be most “significant” were those likely to impact a population of about 80 southern resident killer whales found off the coast of Vancouver Island. 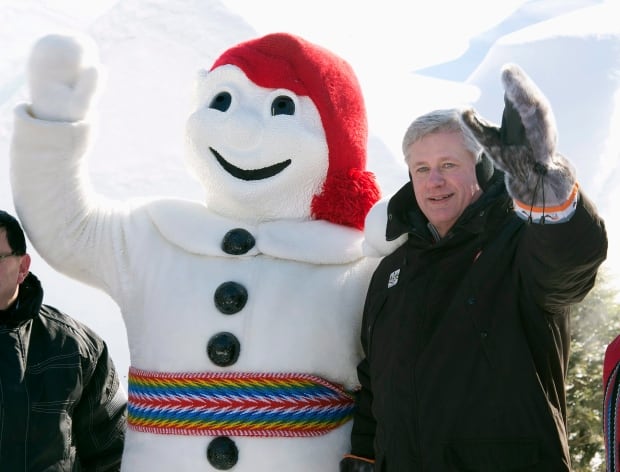 Imagine for a moment you were asked to sacrifice Bonhomme for a museum dedicated to former Prime Minister Stephen Harper. No more smiles. (Jacques Boissinot/Canadian Press)

Those are the same orcas which threaten to capsize ferries every time a captain announces a sighting off one side of the boat. Marine mammals immortalized in statues, stuffed animals, keychains, paintings, posters and T-shirts bought as lasting reminders of a trip to the West Coast.

That’s to say nothing of the central role killer whales play in the mythology and practices of many coastal First Nations. Too bad — the NEB says associated “Aboriginal cultural use” will also likely take a “significant” hit.

But the iconic orca may yet have a card to play beyond popularity: the law.

‘OK’ to push species towards extinction?

Southern resident killer whales are designated under the Species At Risk Act (SARA), which means federal prohibitions exist against anything that would harm them or habitat considered critical to their survival.

Misty MacDufee, a biologist with the Raincoast Conservation Foundation, says she won’t be surprised to see a legal challenge pitting the powers of SARA against those of the regulatory tribunal.

“I don’t know that the NEB are empowered to make a decision about whether a unique population that’s protected under the laws that we have federally — that it’s OK for them to make [that] decision.” 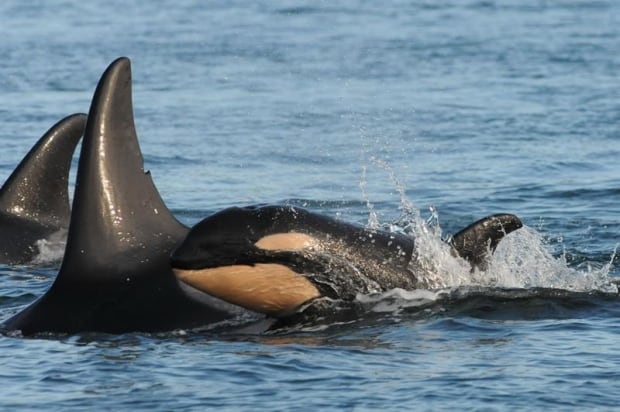 The southern resident whale population are considered at risk because of their small population, low reproductive rate and threats including marine traffic and food supply. (Dave Ellifrit/Center for Whale Research)

Although orcas may no longer be threatened globally, the southern resident killer whales are considered a unique ecotype, or as MacDuffee explains it, “a genetically unique population.”

They’re considered at risk because of their small population, low reproductive rate and a variety of threats including marine traffic and food supply.

A human equivalent might be that of a small tribe whose cultures and practices are threatened; people may still exist as a whole, but one genetically and culturally unique group face extinction.

The threat of a whale derailing a major pipeline project isn’t just theoretical.

Last year, energy giant TransCanada scrapped plans for a port for its proposed Energy East pipeline after protesters raised alarms about impacts on the calving grounds of the vulnerable beluga population of the St. Lawrence Estuary. 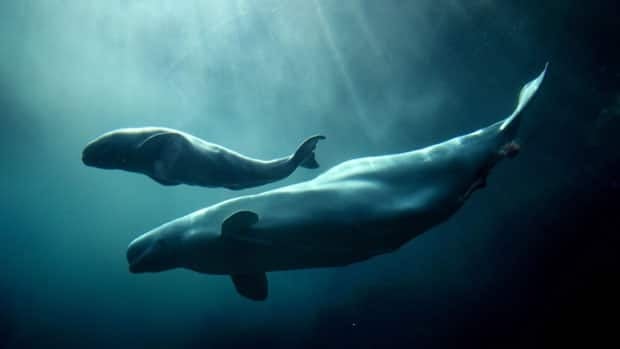 Experts believe Ottawa’s announcement of steps to protect beluga whales in St. Lawrence Estuary could foreshadow the fight over the fate of the southern resident killer whales. (Darryl Dyck/Canadian Press)

Any future human activities impacting the beloved belugas would require a special decree, known as a Critical Habitat Order signed by the minister himself.

The main threat posed by the Trans Mountain expansion would come from increased volume of shipping traffic and underwater noise.

The NEB says the project would increase capacity from five ships a month through Burrard Inlet to a maximum of 34 oil tankers capable of carrying 120,000 tonnes of diluted bitumen at a time.

According to the report, Trans Mountain acknowledged the additional noise the project would create, but noted that a host of past activities have contributed to the peril currently facing the southern residents.

MacDuffee’s organization was one of the many intervenors at the NEB hearings. Their research — which was acknowledged in the NEB’s findings — shows the species at a crucial point.

“Right now, they’re on a fulcrum — they could go one way or the other,” says MacDuffee.

“And if we increase noise and reduce their ability to catch salmon, then we send the population in one direction towards extinction.”

They do it from time to time — but for fish and plants most Canadians probably wouldn’t recognize if they stepped on them, not the star of Free Willy. 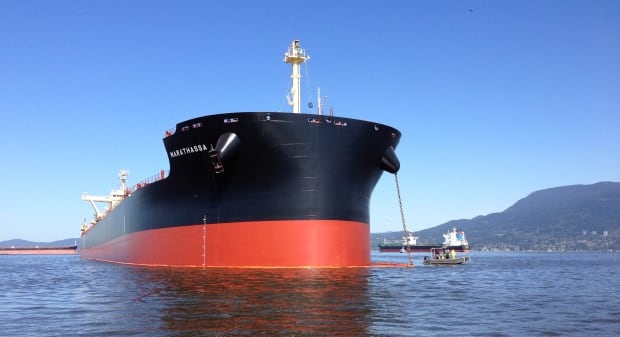 Fuel spills and underwater noise from tankers are just some of the threats which have endangered the southern resident killer whale population. (Michael Mcarthur/CBC)

“Although it’s technically possible … whether or not they would do that given the high profile of this species, particularly in southern British Columbia — that would be very, very tricky.”

The Tsawwassen First Nation also intervened at the NEB hearings.

They aren’t a whaling nation, but their territory faces out onto the Salish Sea, the body of water the southern resident killer whale population calls home, comprising the Georgia Strait, Puget Sound and the Juan de Fuca Strait.

The First Nation’s ocean-going canoes are adorned with an image of the orca and the species also figures in Tsawwassen legend.

“Humans are pushing this race to the brink of extinction,” their submission says.

“TFN takes very seriously any assaults to these magnificent creatures whose very existence as a top predator in the Salish Sea is the ultimate indicator of the health of this ecosystem — the very ecosystem that sustains the lives and livelihoods of TFN citizens. A sea that is fit for killer whales is one that is fit for TFN.”

That same sentiment propelled a documentary in opposition of whale captivity — Blackfish —  to international success.

The movie’s target, SeaWorld, disagreed vehemently with the findings of the film; but the public outrage it generated led to SeaWorld banning killer whale shows and ending orca breeding.

And so begins round two: blackfish versus black gold — big oil against big whale.